Dusting off an old track from the future, Satyros Comedy Society and Liberation Industries presents the 2013 run of…

Stranded in drydock on Europa, Hammer, Muggins and the Count find themselves short an engineer in their continuing quest to commit acts of galactic idiocy. Luckily, young Spanners is the kind of fellow who answers the classified ads of spacefaring weirdos. These ten episodes are their stories…

As a warning, loads of swears, adult themes, and sonic violence. Rated Burn Without Hearing. 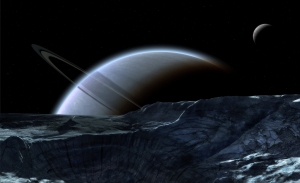 Pic is Planet Rise by Bill Lile on Flickr, A/N$/ND

Cast, in no particular order:

Danny Philippa as the Count

Huge thanks to all of you, and to everyone else who put up with us while this came into being.

Jerks in Space owes its genesis to Satyros Comedy Society, a group of up and coming young comedians operating out of Canberra. They continue to do good work. Written by Patrick Hutchinson and  Uighur Abdulla, produced by Paddy Hutchinson.