With their reign of terror on the Docks having some unexpected side effects, the Disciples of the Depths formulate a plan to avoid eviction from their alms house. After all, they stole it fair and square… can Miss Ruby the Spider, Veleris the Hound and their recently returned friend Talitha the Leech staunch this redevelopment plan?

Blades in the Dark is a creation of John Harper and is distributed by Evil Hat. Like its ancestor, Apocalypse World, it has begun to spawn a legion of new games… so check out Forged in the Dark if you’re interested. 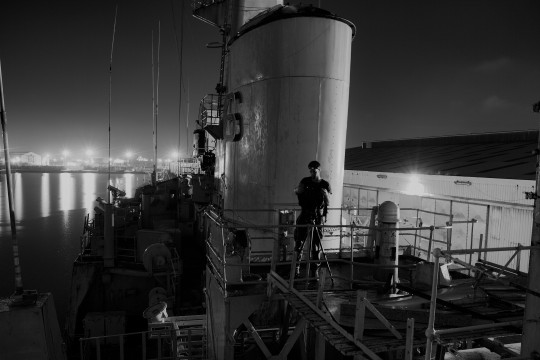 Pic is Urban Explorer Aboard Derelict Frigate by Tom Blackwell on Flickr, CC A N$.